Class B Felony in Wisconsin: Penalties, Defenses, & Next Steps 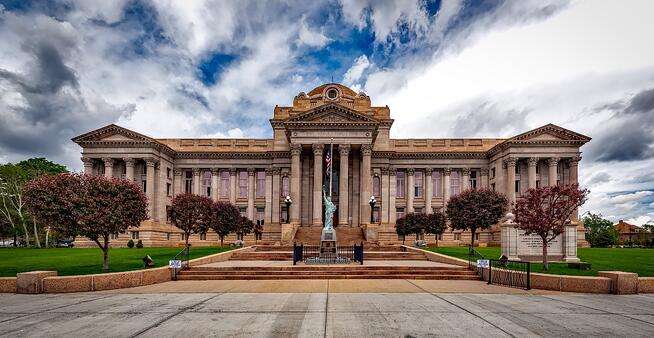 Class B felonies represent the second most severe punishments given in Wisconsin, with a sentence of up to 60 years in state prison

What is a Class B Felony in Wisconsin?

Class B felonies are punishable by up to 60 years in state prison (or a combination of prison time and “extended supervision”), and are the second most severe offenses in Wisconsin (Wis. Stat. § 939.50).

Being convicted of a Class B felony in Wisconsin can result in the loss of certain rights, including:

Having a Class B felony on your record can also make it difficult to find housing after you’ve served your prison sentence.

Contact an experienced criminal defense attorney to discuss the specific charges you face.

Defenses for a Class B Felony in Wisconsin

A skilled attorney will take the time to review all the details of your arrest, searches made by law enforcement, and statements made. If, at any point your rights were violated, it may render the prosecution's evidence inadmissible in court. Other possible angles of attack include examining for evidence of entrapment (which can prevent many drug-related charges from moving forward in court), or in situations where certain behaviors can also be charged as a misdemeanor, attempting to reduce the charges to a lesser charge, thereby protecting your civil rights from restriction and avoiding prison time.

Again, these are just some of the many possible options an experienced criminal defense attorney will consider within the context of your case, whether it's a Class B felony or any other type of offense.

If you or a loved one has been charged with any crime that may potentially be considered a Class B felony, do not wait to seek legal advice. Contact us and schedule a consultation right now.

The client had a search warrant executed on her house where several marijuana plants were discovered as a result of the search. She was charged with a drug felony and her husband was charged with manufacturing THC. In defending her case Attorney Stangl believed that there were false statements made in the affidavit portion of the complaint for search warrant and further contended that the warrant itself lacked probable cause to be issued in the first place due to misstatements made in the affidavit and that the informant who provided the information was not reliable. Indeed, the information was based on allegations from an individual who had approximately ten prior criminal convictions, was a known drug user, and had existing charges for obstructing justice. Moreover, some of the information provided by this individual was not confirmed. Attorney Stangl brought a number of motions to have the search warrant and all of the evidence tossed out. The motions were set for a hearing and late in the morning prior to the afternoon hearing he received a call from the District Attorney to discuss his pending motions. The State believed there was more than a reasonable chance that the motions to suppress would be granted. The case was successfully resolved and his client was not convicted of any drug felony.

The defendant was charged with felony child abuse for an alleged fight which occurred with his stepson. At the probable cause or preliminary hearing on the felony charge Attorney Stangl was able to get the case dismissed. While this in and of itself was a remarkable result, Attorney Stangl fully expected that the State would eventually recharge him with the same offense. Approximately eight months later his client was recharged with the same felony child abuse charge. Attorney Stangl was eventually able to get the second case dismissed as well. His client, who denied battering the problematic child was extremely pleased and relieved to have the matter finally resolved.

If you are charged with any crime that may potentially be considered a Class D felony, having a good defense attorney on your side is invaluable. At Stangl Law Offices, our attorney, Patrick J. Stangl listens carefully to your side of the incident, and works with you to build a defense that could potentially result in either an acquittal, a reduction to a lesser charge, or in some cases the dropping of charges. No matter what your situation, being accused of a crime is unsettling, contact us for a free 10 minute consultation.