Defending Against a Disorderly Conduct with a Firearm Charge in Wisconsin 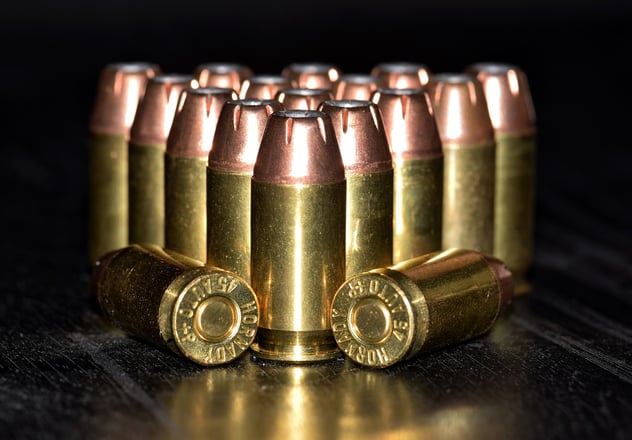 If life's circumstances have left you facing a criminal charge of disorderly conduct with a firearm, you may be uncertain of your future and ready to take back control.

The first step in regaining your footing is having a better understanding of the charges against you, which is why we've prepared this primer on the fundamentals of defending yourself against the allegations.

The law explicitly makes no distinction between whether the disorderly conduct allegedly took place in a public or private venue, so you may be charged whether it was in the middle of a downtown Madison or within your personal residence.

There does not necessarily need to be a victim in order for there to be a disorderly conduct charge, so defenses that are based on the absence of the victim will likely not succeed.

The Impact of the Firearm on the Charges

As a class B misdemeanor, disorderly conduct carries a maximum fine of $1,000 and a prison time of 90 days or less with the option to pursue both penalties, but someone charged with disorderly conduct while possessing a firearm may face higher penalties due to the inclusion of a deadly weapon.

Just having a firearm is not grounds for a disorderly conduct charge barring other indications that fall within the definition. Because firearms are commonly used as an aggressive tool while another crime is committed, state code 939.63 allows the assignment of additional time in jail to a wide variety of crimes when the use of a dangerous weapon is involved.

The maximum increase for a misdemeanor is six months which takes the maximum sentence to 270 days (9 months) total.

It should be noted that the weapon does not necessarily have to be a conventional firearm such as a pistol or a rifle. Any dangerous weapon can be used to invoke the statute.

As you decide on your next course of action, avoid discussing any facts about the case or your defense in public, including online discussion forums such as Facebook or Twitter.

The particular circumstances of every crime make it difficult to give more than basic information about how disorderly conduct with a firearm is covered by Wisconsin state code. Additional factors may complicate the defense and add the possibility of even steeper penalties, such as allegations that the crime was targeted at a specific group of people based on the accused's prejudices.

Your best chance at defeating the allegations and minimizing the penalties is to hire an experienced private defense attorney with experience in protecting Wisconsin residents from overreach by criminal prosecutors.

If you or a loved one has been charged with any crime, having a good defense attorney on your side is invaluable. Do not wait to seek legal advice. Contact us and schedule a consultation right now.

At Stangl Law Offices, Patrick J. Stangl listens carefully to your side of the incident, and works with you to build a defense that could potentially result in either an acquittal, a reduction to a lesser charge, or in some cases the dropping of charges. No matter what your situation, being accused of a crime is unsettling. Contact us for a free 10-minute consultation.