Legal Rights and Defenses for Carrying and Using Firearms in Wisconsin 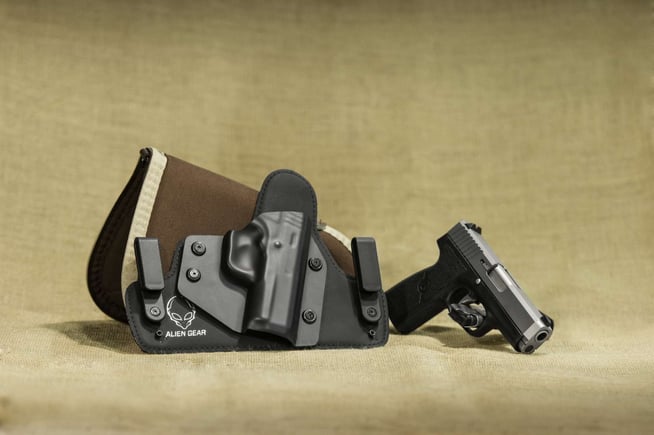 It's the government's duty to find the balance between regulating the use and distribution of dangerous weapons and allowing their citizens to use those weapons for their right of self-defense.

It is also up to the citizen to know the laws regarding firearms wherever they reside or visit to avoid legal trouble and mount a knowledgeable defense when the state is overzealous in its protectionism.

The law offices of Patrick J. Stangl have compiled this helpful primer on Wisconsin firearm laws, their consequences, and potential defenses for any resident or visitor who can make use of the information.

Carrying a Firearm in Wisconsin

Wisconsin laws regarding firearm possession and usage can be divided into five categories: open carry, concealed carry, illegal weapon types, special exceptions for felons and others, and regulation of usage for safety concerns.

One important thing to keep in mind is that the laws regarding firearms have similar laws or language in the articles for weapons that incapacitate through an electrical charge or fire an arrow, with the differences noted in the appropriate section.

Wisconsin is an open carry state with the right to bear arms, meaning anyone who is not otherwise barred from carrying a legal firearm may do so as long as they are in a public location, a building they own, a private establishment that isn't licensed to sell alcohol, or a public building.

Note that the owner or legal occupant of a private location is free to restrict access to their property, such as a home or an apartment, from anyone carrying a firearm if they so choose. Electrical weapons such as tasers are not authorized for open carry and must be transported in a secure carrying case.

As long as you are within a home or place of business that you own, lease, or otherwise legally occupy, you may conceal and carry a weapon as you see fit. Once you leave your home, you must possess a concealed carry permit from the state that is up to date or an out-of-state license if you are not a state resident. The concealed carry license also permits you to carry a weapon into public buildings and locations that are licensed to sell alcohol.

Law enforcement officers may request to see both photographic identification and your concealed carry permit at any time, so always have both of them on you, preferably in an easy-to-reach location that won't provoke the officer when you reach for it in what could be a tense situation involving firearms.

Automatic weapons, which are already federally illegal to manufacture or own outside of strict licensing requirements, are not permitted. Short-barrel rifles and shotguns, whether by design or modified, are illegal. No one may equip a firearm with a silencer or any other device intended to muffle the weapon's sound.

While weaponized drones are typically only sold to military personnel, you may not weaponize a drone by mechanically adding a firearm or any other payload. Adding a laser pointer to a weapon is permitted, but it is illegal to point a laser at a police officer or another public servant in the course of their duties, at anyone without permission, or in a way that incites a panic.

Provisions for Felons and the Mentally Ill

Felons, regardless of whether they are a violent felon or were convicted in another state, are not permitted to own or carry firearms and are not eligible for a concealed carry license.

Violent felons are also prohibited from purchasing body armor or carrying a concealed knife. If a person has been deemed mentally unfit or has previously pleaded not guilty due to insanity, their right to carry firearms and wear body armor is also suspended.

Handguns may be loaded while carried or stored on ground and water vehicles, but all weapons - even crossbows - must be unloaded before being carried on an aircraft. Setting a trap that uses a firearm is dangerous, reckless, and illegal.

You may use a firearm to hunt from a parked vehicle, but discharging any weapon from a vehicle on a road or in a parking lot in the direction of any person or vehicle is illegal. Otherwise, it is up to the user to ensure that they do not recklessly endanger anyone's safety and that they follow any local ordinances on discharging firearms.

Common Firearm-Related Charges and Their Consequences in Wisconsin

Punishments for minor possession violations such carrying a concealed weapon or carrying a weapon into a bar are punished by class A misdemeanors that come with fines of up to $10,000 and up to six months of jail time in county or local prisons. Taser owners should be wary that electrical weapons carry a class H felony charge if carried without a concealed carry license. Endangering safety with a dangerous weapon is a class A misdemeanor, although the aforementioned firing from a vehicle is a class F felony.

The harshest penalties for firearms charges are reserved for those with a record of felony charges, possession of illegal weapons, and using firearms in a way that endangers the people around the wielder.

Possessing an automatic weapon is a class H felony, but the charge is upgraded to a class G if the weapon was intentionally modified from a legal semi-automatic function to a fully automatic one. Possession of a firearm silencer carries one of the harshest penalties of a class F felony. Possession of short-barreled rifles and shotguns result in a class H felony. Firing a weapon at a person, where a person might be, or setting a trap with a firearm are all class G felonies.

Preparing for a Defense against Firearm Charges

Visibility can be subjective to a degree, so bringing in witnesses who say they were able to see the weapon as you carried it could contradict the argument that it was concealed. For an example of how loading can impact the case, a loaded handgun in a person's backpack would be considered a concealed carry, but an unloaded handgun in a locked container would not be considered as "going armed".

The law requires that there are no bullets in either the chamber or the magazine to be considered unloaded, so don't forget to empty both if you intend to transport a firearm without a license.

Discharging a weapon may result in a reckless endangerment fine, but this can quickly escalate into a class G felony if the officers determine that your weapon was pointed towards people and you knowingly took the shot anyway. In this case, defeating the felony charge requires proving that you had a reasonable expectation that the area where you were pointing your weapon was empty of people.

Get More Detailed Advice with a Free Consultation

Every gun charge can result in cash fines, imprisonment, and smears on your criminal record, so it is in your best interest to use every resource at your disposal. The law offices of Patrick J Stangl are happy to offer a 10-minute consultation for free, using information that you supply to provide you with a fact-filled and useful session that can help you whether you choose to hire the Stang Law Office for your defense team or continue forward on your own.