Understanding Your Right to Refuse Field Sobriety Tests in Wisconsin 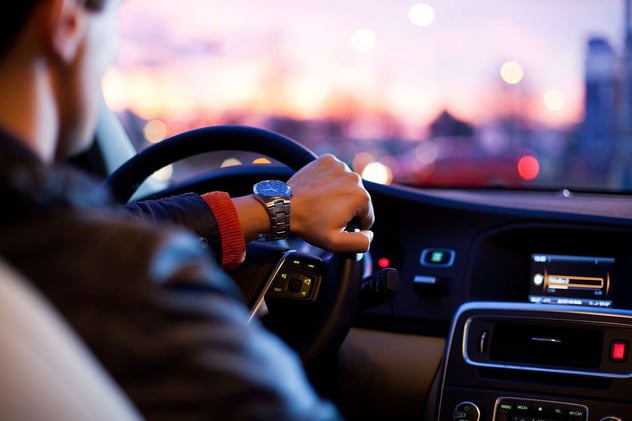 That's probably not the first thought in your head when you're being pulled over for suspicion of drunk driving or driving under the influence of drugs or alcohol in Wisconsin. But that's exactly what you need to do.

The outcome of the traffic stop, your potential legal case and even your freedom all depend on your ability to remain calm, polite, and focused throughout the stop.

Keeping your focus during on OWI investigation also helps you stay mindful of your legal rights so you can avoid making decisions which might further complicate your case.

Read on for a quick rundown of three important insights into drunk driving traffic stops in Wisconsin, including:

Although traffic stops are understandably stressful events, you actually have more control over the outcome of these situations than you might realize.

One important point to keep in mind when pulled over for suspicion of drunk driving is just that: police only suspect you may be driving under the influence.

Make no mistake, the officer can, and often will try to prove his or her assumption is correct. From the moment the officer approaches your vehicle, you are being observed and assessed. Every question is an attempt to evaluate your sobriety and elicit a confession from you.

That may seem unnerving, but keep in mind you have not been found guilty of OWI. The police have simply pulled you over to investigate an unsubstantiated assumption that you might be intoxicated.

Staying calm during a traffic stop can help you stay tuned into exactly what's happening, what's being said, and how to respond accordingly.

1. Why Did the Police Pull Me Over?

It's not always obvious for police when a driver is intoxicated. Instead, law enforcement must rely on observations of driving behavior to determine which drivers might be intoxicated. If you were pulled over, the police likely observed something about your driving behavior which made them suspicious, such as swerving, inconsistency in speed, etc.

Pulling you over creates the means by which police can investigate these suspicions further. Keep in mind, you haven't been charged with OWI, DUI, DWI, PAC or BAC at this point.

Once you see those lights and hear that siren, simply follow these steps:


After pulling you over, the next step for police is to try to find evidence to support their assumption that you have been operating a motor vehicle under the influence of drugs or alcohol.

For that, they rely on your assistance.

If you have been arrested for OWI or a repeat offense of driving under the influence in Wisconsin, contact an experienced and aggressive OWI attorney as soon as possible.

2. How Do Police Prove Drunk Driving in Wisconsin?

One of the primary tools police use to establish evidence of intoxication is the Wisconsin field sobriety test (FST).

These are the roadside tests commonly seen during a traffic stop. In Wisconsin, a police officer can ask you to take any number or combination of sobriety tests to determine if you're impaired. These tests can include a breath test, as well as other dual-attention tests, such as:

Another test which is considered a field sobriety test during a traffic stop is the breathalyzer or BACTrack test.

While you are required by law to take the breathalyzer test after you are arrested as a condition of implied consent in Wisconsin, you are not required by law to submit to this breath test or sobriety tests in the field, unless you are a commercial driver.

If you're like most people who have been pulled over by police in Wisconsin, you may not think twice before doing exactly what's being asked of you. But it might surprise you to learn you are not actually required under the law to participate in these tests (unless you have a commercial driver's license).

Read More: Checklist: What to Do if You're Pulled Over for OWI in Wisconsin

3. Your Right to Refuse Field Sobriety Tests in Wisconsin

One of the most successful strategies the police use in gaining information to serve as evidence of a driver's intoxication relies on the cooperation of the suspected offender to aid in its creation.

Yet, most people don't realize they have the legal right to refuse field sobriety tests.


"Many people in Wisconsin, if they're pulled over for suspicion of operating while under the influence of an intoxicant don't realize that they are not legally required to do field sobriety tests." - Attorney Patrick Stangl

Because the results of field sobriety tests are notorious for being both subjective and inaccurate, you risk making your legal case worse by participating in these tests.

If you are facing OWI charges in Wisconsin, you should consult with a knowledgeable and proven criminal defense attorney as soon as you are able.

FSTs are not scientifically measured and are often found to be inaccurate, creating false positive results due to the subjective nature of the entire process from administration of testing instructions to any health or environmental factors influencing your performance.

Should you choose to exercise your right to refuse sobriety testing in the field, it is important to do so calmly and with respect.

If you have a regular driver's license and refuse a field sobriety test in Wisconsin, expect to be taken into custody as a result.

It is important to remain calm. Remember, if you participated in the often inaccurate field sobriety tests you would have likely been arrested anyway--only with evidence of OWI against you. This way, you will just be taken to the station where you will be further evaluated for OWI based on chemical testing.

If you are facing DUI charges in Wisconsin, or have been arrested for operating under the influence (OWI), it is very important you contact an experienced criminal defense attorney as soon as you are able.

Wisconsin Attorney Pat Stangl, with offices in Madison and Hayward, specializes in aggressive defense for clients charged with OWI, DUI, DWI, BAC, PAC, drug possession and other criminal offense charges. Click the link below to get a FREE 10-minute consultation with Attorney Stangl, at no obligation.