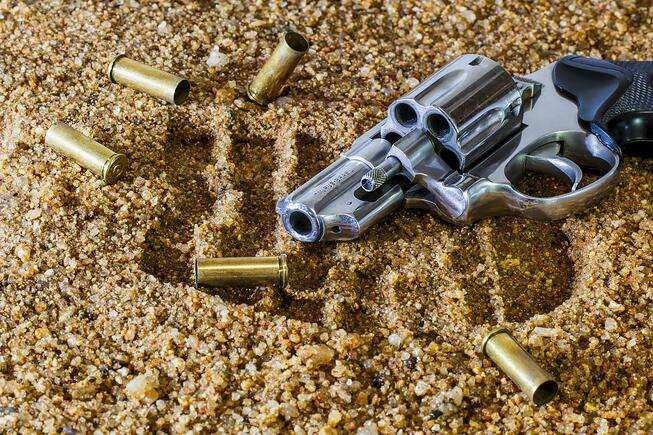 In November 2015, a bill was signed into law creating mandatory minimum sentences for certain firearm offenses in Wisconsin.

I've summarized the key parts of this law that Wisconsin gun owners need to be aware of along with the penalties they may face if convicted.

Possession of a firearm by a felon

It's important to note that this law defines "numerous crimes" as “violent felonies,” but also includes “violent misdemeanors” such as battery, endangering safety by use of a firearm, and some crimes against animals.

If the criteria described above are met, a judge must sentence the offender to a mandatory prison term of three years initial confinement.

Before this law was passed, courts were free to impose any sentence they deemed appropriate under the facts. That is not the case anymore.

The Minimum Mandatory Sentences for Use of Firearm

This mandatory minimum sentencing depends of the severity of the violent felony the court is imposing the sentence for. Here's how it breaks down:

Note that for Class G, H, and I felonies, the law requires the court impose the maximum period of initial confinement allowable under those three classes of felonies.

Lastly, if the individual is being sentenced for a crime that falls under this heading for “use of a firearm” and also is sentenced for possessing the firearm, then the court must run the two sentences consecutive to one another.

If you or someone you know meets the criteria listed above, you are now facing a mandatory minimum sentence in Wisconsin.

These mandatory sentences work against the sentencing court’s discretion and damage the court’s ability to look at the defendant in an individualized manner.

It also eliminates many of the mitigating circumstances surrounding the firearm possession.

If you or someone you know is facing a mandatory minimum sentence under this statute, contact Stangl Law Offices as soon as possible.