Domestic Battery With a Weapon in Wisconsin: Definition, Penalties, and Sentencing 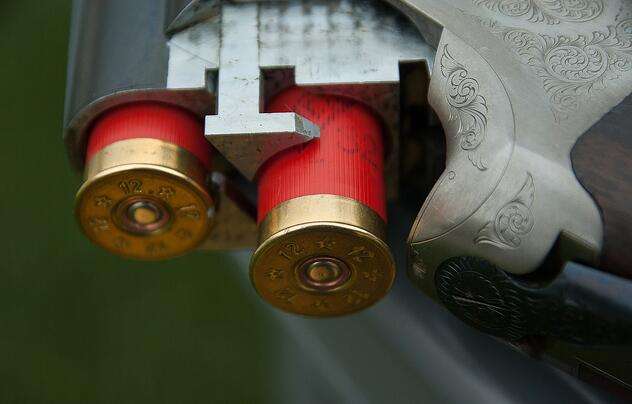 It’s important to recognize that a "weapon" under Wisconsin law, can be just about any object; it’s not restricted to knives and guns. Picture frames, sticks, cost hangers and garbage bags – just about any household object can be classified as a weapon in a battery domestic violence case.

If you lose your cool and throw a potted plant at your spouse, live-in partner or ex, you could be charged with domestic battery violence with the use of a deadly weapon.

Keep reading to learn more about penalties for domestic violence in Wisconsin, as well as ideas for possible defense against domestic battery charges with a weapon.

Read Also: Arrested on Suspicion of Domestic Battery in Wisconsin? Here's What to Do Next

The potential penalties you risk if you're found guilty of domestic battery violence with a weapon will depend upon whether or not bodily harm was inflicted.

Under Wisconsin law, a battery domestic violence offense with a deadly weapon which does not result in substantial bodily harm is considered a felony with two to 10 years in state prison and a fine of $10,000.

Whereas, a conviction of battery domestic violence with a deadly weapon where substantial bodily harm found to have been caused is considered a felony punishable up to 15 years in prison and a fine of $10,000 in Wisconsin.

Read Also: Appealing a Conviction After Pleading Guilty to Domestic Battery in Wisconsin: A Success Story

It is now the law in Wisconsin, and under Federal law, 18 U.S.C. § 922(g)(9), anyone convicted of a domestic violence involving a deadly weapon or threatened use of a deadly weapon is permanently prohibited from receiving or possessing a firearm.

Read Also: How Do I Get My Gun or Seized Weapon Back in Wisconsin?

How to Defend Against Domestic Battery with a Weapon

Allegations of domestic violence with a weapon can result in an arrest and/or restraining orders often before a thorough investigation is done.

These types of cases can be a challenge to defend as it’s typically a he-said-she-said situation without a clear picture of what really happened. It may even be a matter of a child custody dispute or jealousy due to a new relationship when the existing relationship has ended. It’s not uncommon for a jealous lover to seek revenge.

If you’ve been accused and arrested for battery domestic violence with a weapon, it’s wise to consult with an experienced defense attorney. This legal professional can protect you against charges made due to improper motivations and will mount a strong defense on your behalf.

While your individual defense strategy should depend upon the specific details of your case and be discussed with a qualified criminal defense attorney, there are a number of common possible defenses you might find of interest:

There is a tendency for those charged with battery domestic violence offense with a weapon to think that they will only receive probation. This is a flawed assumption. Even as a first-time offender, you will face some jail time. Plus, you’ll have a criminal record that can affect your employment and lifestyle.

Don’t take a quick plea offer without first consulting with an experienced Wisconsin criminal defense lawyer, and be sure to keep any digital information and store receipts that may be relevant to the charge. Your attorney may be able to use these as part of your defense.

An experienced domestic violence attorney will thoroughly and meticulously examine the facts of your case and develop the best defense strategy to obtain the best possible legal outcome.

Since 1991, Wisconsin Criminal Defense Attorney Patrick J. Stangl has been skillfully defending clients accused of domestic abuse, battery and just about every other charge you can imagine.

If you're facing charges of battery, substantial battery, or aggravated battery in Wisconsin with or without an enhanced charge, Attorney Stangl is happy to extend to you an invitation for a free 15-minute consultation at no obligation to discuss your case and help examine your options for defense. Click below to request your free consultation.