Is Embezzlement a Felony or Misdemeanor in Wisconsin? 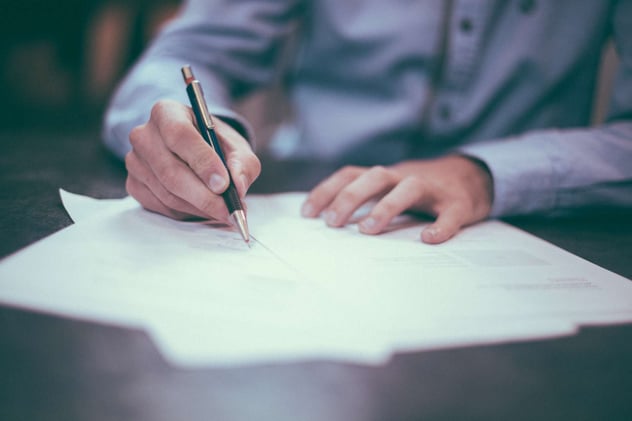 If you've been charged with embezzlement in Madison or elsewhere across the state, or expect to receive such accusations soon, then you may be wondering what a typical penalty for embezzlement is under Wisconsin law.

To help you prepare for your defense, keep reading to learn the definition of embezzlement under Wisconsin state law and the process for determining possible punishments you may face if convicted.

Defining embezzlement can be difficult because of the way it straddles the major crime categories of fraud and theft.

Embezzlement is the act of using a position of trust to wrongfully take possession of another's property. Wisconsin does not explicitly name embezzlement as a crime in the statutes, but the crime is covered under theft as a unique variety of larceny.

A typical theft involves trespassing into a restricted area and taking valuables from another. Someone who embezzles, on the other hand, uses their legitimate access to achieve the same goal without an invasion. While embezzlement is most commonly thought of as a theft of funds, any item of value taken by virtue of a position of trust or authority will qualify as embezzlement.

Attempts to mask an embezzlement can lead to further charges, especially when legally binding reports with the accused's signature on them are altered or filled with incorrect information.

Read Also: What to Do When Charged with Fraud in Wisconsin

Is Embezzlement a Felony?

Back to our original question: Does embezzlement in Wisconsin qualify as a felony? It depends on the value of the stolen property and the nature of the business or person who was victimized.

If the total embezzlement is less than $2,500, then the charge is only a Class A misdemeanor. While the Class A misdemeanor can still carry a hefty fine of $10,000 and up to 9 months in jail, it has considerably less impact on your future since it isn't a felony.

Once the value hits the $2,500 threshold, the accused will be facing felony charges that continue to escalate as the value increases.

Read Also: Defending Against Embezzlement of Funds in Wisconsin

Gathering the Right Assistance for Your Embezzlement Case

If you've been falsely accused of embezzlement or wish to ensure that you only receive the minimum amount of punishment, then you need far more than just a brief overview of the crime and its penalties.

Before you head into the courtroom, contact the law offices of Wisconsin Criminal Defense Attorney Patrick J. Stangl to put an experienced attorney in your corner. With the help of Attorney Stangl and his team, both in the field and in front of the bench, you will have the best chance of achieving the optimal outcome for your case.