Understanding Synthetic Marijuana Use in Wisconsin 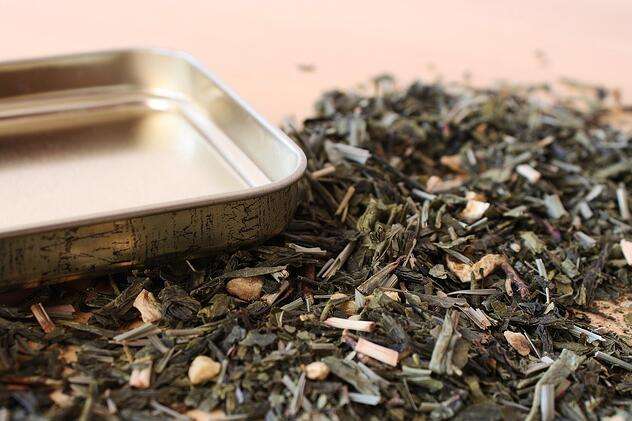 Synthetic cannabinoids come in different forms and go by many names. You may know it as synthetic marijuana, synthetic pot or synthetic weed, but there is more to learn about this dangerous and even deadly substance.

It is especially important for parents of minors to be able to recognize this illegal substance and be aware of its dangers and potential penalties under Wisconsin law. This article will explain how synthetic marijuana is produced, how to identify synthetic marijuana and discuss the health dangers associated with its use.

If you or a member of your family has been charged with a drug offense, such as possession of synthetic cannabinoids in Wisconsin, you should contact an experienced criminal defense attorney right away.

"What is Synthetic Marijuana?"

Synthetic weed or "fake pot" is part of the drug class known as synthetic cannabinoids.

These chemicals are then sold in both liquid form and a loose, dry leaf-like form--both dangerous.

Available in packets about the size of a pack of baseball cards, synthetic or fake marijuana is shredded and dried plant and other material that has been treated or sprayed with synthetic or chemical cannabinoids.

Synthetic marijuana is often marketed under a variety of terms, including: "herbal incense," "burnables," "herbal smoke blend" and more.

Some of the numerous product labels it is sold under include:

As there are many other names for fake pot, it can be helpful to know what this substance looks like.

Out of the package, synthetic pot looks like leaf or herbal incense, potpourri or even tea. Not surprisingly, it can also resemble pot or marijuana and is commonly abused as smoking material.

While popularly referred to as, "fake pot," many people in Wisconsin mistakenly assume any potential health risks of synthetic marijuana would be similar to the health risks associated with marijuana use. This is not the case.

This form of synthetic cannabinoid is so potent, it has earned the nickname, "Zombie Weed."

You may be familiar with "vaping," a popular alternative to smoking.

In vaping, a liquid substance often containing nicotine, is added to a vaporizing pen, also known as an e-cigarette, or other such device where it is vaporized and inhaled.

The liquid used in a vaping device can go by many names, such as:

Many question the safety of vaping, though these devices are currently legal in the state of Wisconsin. And a popular new method called "dripping" could pose an even greater risk as a greater quantity of the liquid is vaporized and inhaled.

Capitalizing on the vaping trend, some companies add a liquid form of synthetic cannabinoids to vaping liquids as a means to deliver this banned substance.

It's important to note, other controlled drugs are often delivered in this same manner, including opioids like heroin and methamphetamine.

Unfortunately, the forms synthetic cannabinoids can take often give users the wrong impression of the potential health risks.

"Is Synthetic Marijuana Safe to Use?"

Just as many people may not be familiar with synthetic cannabinoids, they are also unaware of the serious health dangers of these substances.

If you're wondering, "Is fake pot safe;" the answer is NO!

Synthetic cannabinoids are an entirely different substance than marijuana, carrying a much greater health risk, including psychotic episodes and seizures.

Synthetic marijuana, as well as the liquid form of these man-made cannabinoids can be addictive.

Some additional side effects of synthetic cannabinoids can include:

The health risks of vaping liquid cannabinoids can be even more severe through the act of "dripping" where more concentrated amounts of the toxin are ultimately inhaled.

Because the public is generally unaware of the potency and danger of these drugs, overdoses are unfortunately prevalent.

"Is Synthetic Marijuana Legal in Wisconsin?"

Just as most people are not familiar with the extent of the dangers of synthetic cannabinoids, they may also be unaware of the charges they risk facing under Wisconsin law if they are found in possession of these substances.

Wisconsin law prohibits the use, sale and possession of sythetic marijuana.

The state of Wisconsin updated its drug laws back in 2011 when Governor Walker signed 2011 Wisconsin Act 31 into law, recognizing synthetic cannabinoids among the state's list of illegal drugs.

Despite being outlawed in 2011, synthetic marijuana is still prevalent in Wisconsin.

If you or a family member are facing drug charges in Wisconsin, such as possession of synthetic cannabinoids, it would be in your best interest to consult an experienced drug defense lawyer.

An experienced and skilled practicing criminal drug defense attorney in Wisconsin, Patrick J. Stangl is offering a FREE 10-minute consultation at no obligation to discuss the details of your case and explore options for your defense. Simply click below to request your meeting today.