Illegal Search During a Traffic Stop in Wisconsin: Using the 4th Amendment 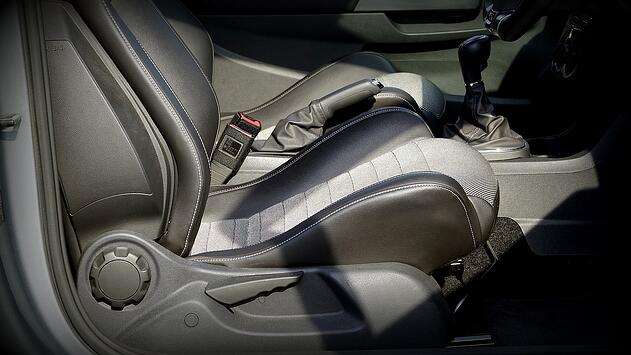 Traffic stops are never a pleasurable experience, but it can be particularly aggravating when you have no idea what you've done wrong and begin getting questioned by police.

Officers may cite the “Terry Rule” as justification for their initial questioning and possible searching without an arrest.

The Terry Rule allows for temporary questioning without an arrest, and even detention for a reasonable amount of time in a public place in the vicinity of where the person was stopped.

Terry stops should only happen when there is suspicious behavior of the driver or passengers and/or there have been attempts to flee from the officer.

This article explores what is and is not allowed during a traffic stop search and share insight into your constitutional rights during such searches.

For more information, read the article "The Legality of OWI Traffic Stops and Searches in Wisconsin" by Stangl Law.

Searches Under the Terry Rule

While the Terry Rule does permit some searching by an officer, the intrusion is supposed to be minimal. Police are only supposed to search for identifying information.

Searches by police should be based on inconsistencies between information the person stopped has provided, and what police are able to verify with police records.

Weapons searches are also allowed under the rule if the officer feels threatened and reasonably suspects he or she is in danger of physical harm. If the weapon is owned lawfully, it can only be held during questioning, then must be returned. If possession is unlawful, an arrest must be made.

If you had a weapon seized during a traffic stop or other investigation, read the article, "How Do I Get My Gun or Seized Weapon Back in Wisconsin?" by Stangl Law

It is important not to offer too much information because the Terry law states any consent to investigation that has begun cannot be revoked.

Although the Terry law allows questioning without an arrest, if a reasonable person in the situation would have considered themselves to be in custody, Miranda warnings are still required.

The Constitution is on Your Side

For many in Wisconsin, the Terry law is confusing. It can be hard to keep track of your rights as a citizen and what actions are permissible by law enforcement.

It's important to remember the United States Constitution takes precedence--even if state law may contradict it. The Fourth Amendment of the U.S. Constitution prohibits unreasonable search and seizure and asks that probable cause be established before a warrant is issued.

In order to claim that your fourth amendment rights have been violated, you need to demonstrate that you had a reasonable expectation of privacy under the circumstances.

Warrantless searches still come based on an officer's reasonable suspicion or from a legitimate belief that the suspect was trying to flee.

If you are arrested, you must still be informed of your rights, and if an officer fails to do this, that officer's negligence may used to benefit your case.

If you feel your rights were denied during a traffic stop in Wisconsin, conact an experienced criminal defense attorney right away.

The Importance of a Good Attorney

Regardless of the evidence against you, one of the cornerstones of the justice system is the right to due process.

In too many cases, this process is broken based on stereotypes and prejudices. A skilled attorney can help discern whether obstructions were made to this process based on anything other than legitimate suspicion and will look beyond state and local laws into the Constitution and help assure that your rights are being protected.

If you've been charged with a crime based on a traffic stop search that never should have happened, or if the officer's conduct was negligent or unprofessional during that stop, these mistakes may be used to your benefit.

By setting up a free consultation with a qualified attorney you will be able to review your case and see what your best options are rather than simply accepting the charge and potential sentence.

Criminal charges do not stop affecting your life once time is served. They can impede your ability to work at the job you want, or live where you want to live, and threaten many of your basic freedoms.

With the right attorney on your side, you have the best chance of winning your fight.

Madison Criminal Defense Attorney Pat Stangl has worked to defend clients' rights throughout Wisconsin for over 30 years. Attorney Stangl is happy to meet with you for a FREE 10-minute consultation at no obligation to discuss the details of your case and explore options for your defense. Click the link below to request your free consultation today.